Teradata architecture is based on Massively Parallel Processing (MPP) architecture. The major components of Teradata are Parsing Engine, BYNET and Access Module Processors (AMPs). The following diagram shows the high level architecture of a Teradata Node. 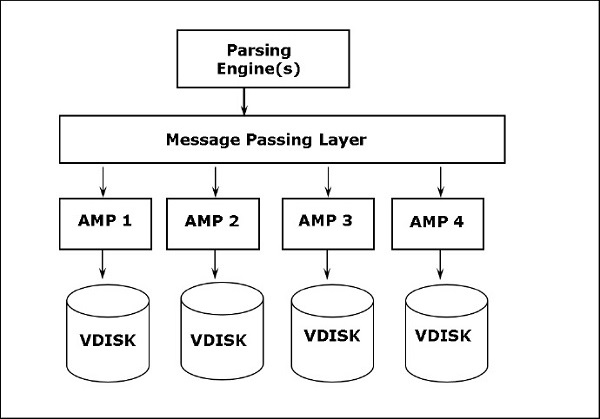 The key components of Teradata are as follows −

When the client runs queries to insert records, Parsing engine sends the records to BYNET. BYNET retrieves the records and sends the row to the target AMP. AMP stores these records on its disks. Following diagram shows the storage architecture of Teradata. 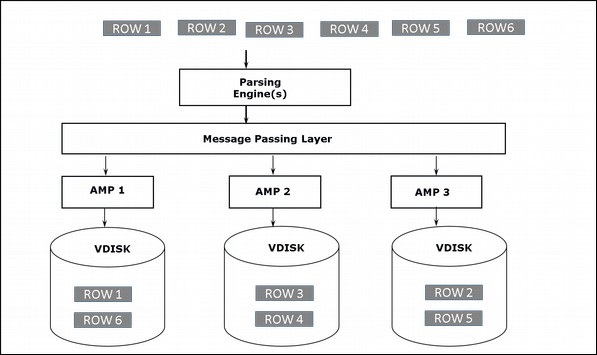 When the client runs queries to retrieve records, the Parsing engine sends a request to BYNET. BYNET sends the retrieval request to appropriate AMPs. Then AMPs search their disks in parallel and identify the required records and sends to BYNET. BYNET then sends the records to Parsing Engine which in turn will send to the client. Following is the retrieval architecture of Teradata. 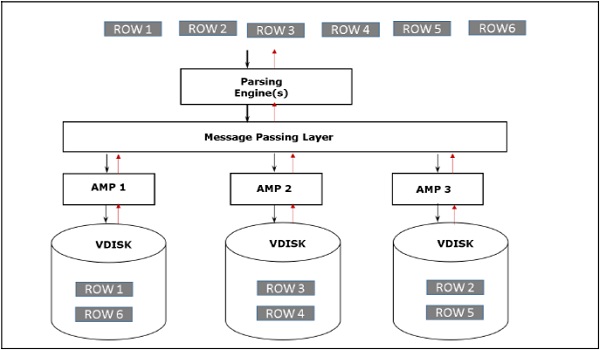 Previous Teradata Wallet
Next How To Create Partition On SQL Server