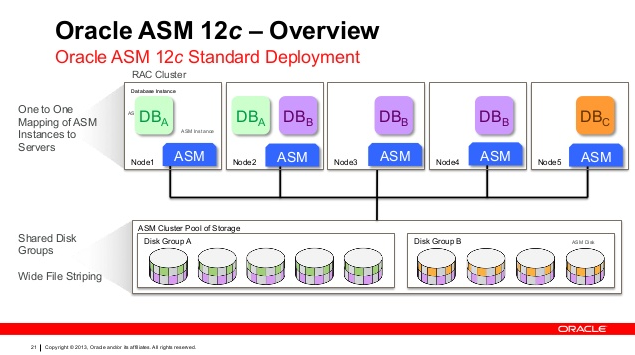 When the Oracle ASM is used, the concept of Disk group enters our lives. As the name implies, we store our data in Disk Groups where one or more disks come together instead of a single disk.

As mentioned in the previous article, the ASM instance is different from the Oracle Database instances. When we query the smon process as follows, “+ ASM” instance is listed as an instance.

After creating as above, we can set the profile as follows and we can now connect to ASM:

asmcmd is a tool that we perform and monitor many disk operations.

We can connect and see disk groups and sizes, free spaces etc with LSDG as follows:

We can also connect to ASM instances with “sqlplus / as sysasm” command and perform similar operations with queries.

You can add and remove disks to the ASM disk groups as follows.

Then we are connecting to the ASM Instance with the command “sqlplus / as sysasm”.

Run the following query to see disk groups in here:

If an ASM Disk has been mapped to the operating system(this is a storage-side operation.), they will appear in the following query. HEADER_STATUS = CANDIDATE are disks that could not be added.

Disks with HEADER_STATUS value CANDIDATE are disks that are not mapped to the operating system.

If you re-create a diskgroup you can use the following commands:

If we created a new diskgroup on a 2-node RAC system, we should not forget to mount the diskgroup on the second node.

Add the /dev/rhdisk12 disk to the RECO disk group:

We give the parallelism value of the rebalance operation and increase the speed of REBALANCE with the POWER parameter.

Set to 10 on busy systems can decrease performance in your databases.

If this parameter is not given, it takes the value of the ASM_POWER_LIMIT parameter by default.

Apart from ASMCMD and sqlplus, you can also see disk groups and add and remove disk with asmca.

Add a disk with asmca: 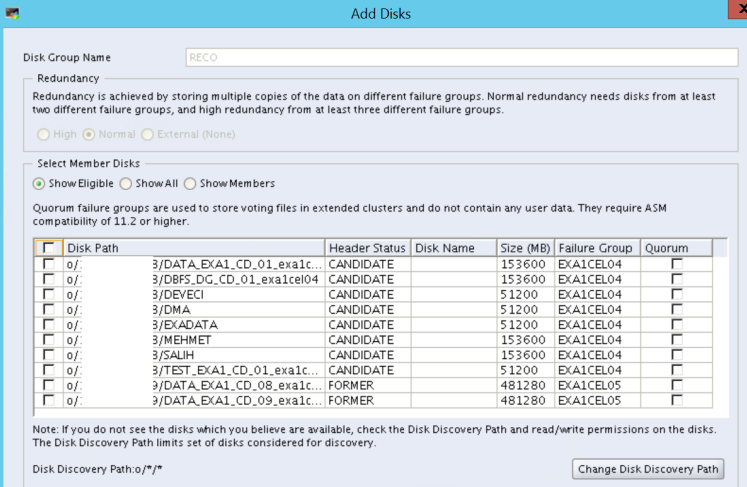 A disk in the ASM disk group can be dropped as follows:

If the RAC is a database, all nodes should be checked and the same status should be seen in other nodes.

Drop a disk with asmca: 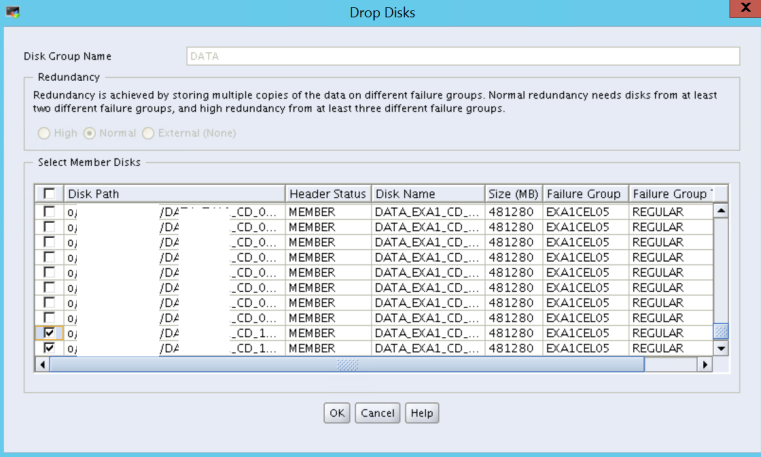