These are the special sorting functions that we can use to sort the data that we select from the tables at run time.

First, create a table as follows and add a few records into it with the following script. 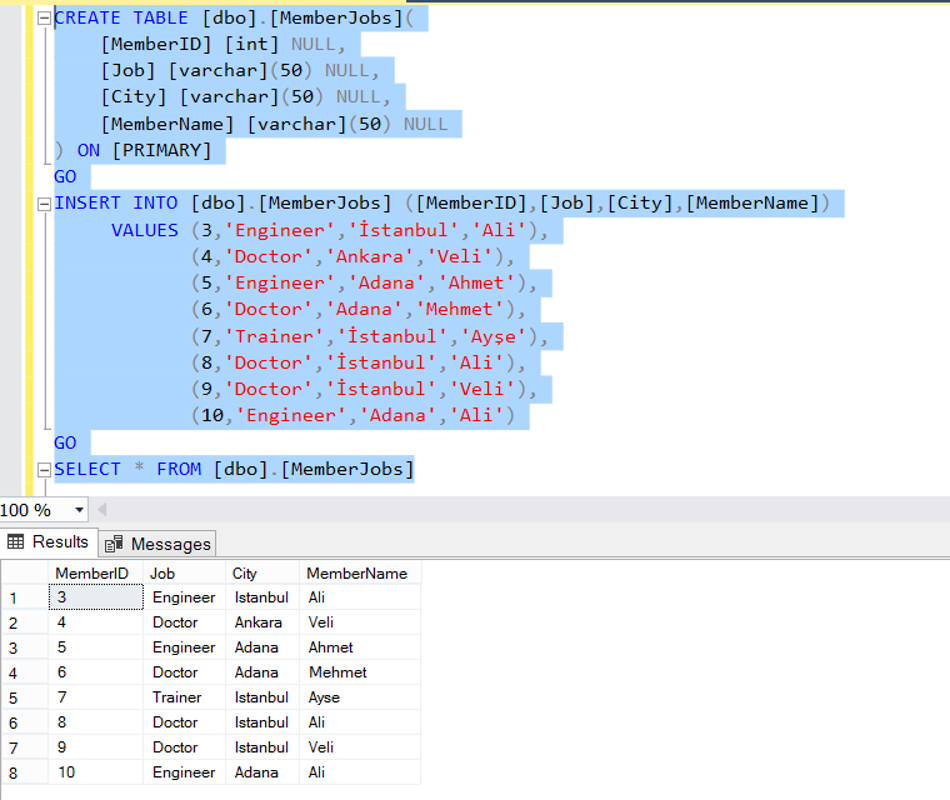 This function sequentialy numbers each row starting from 1 according to the sort expression.

Number the output by sorting the City and MemberId columns. 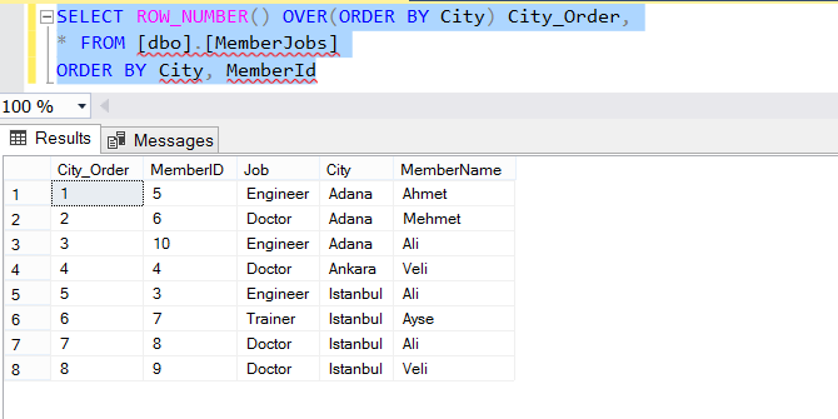 We can sort the different data in a column separately.  Let’s sort the cities depending on the Job column according to the values ​​in the example.

The RANK () and DENSE_RANK () functions group data according to a column and sort the groups by assigning a number to each group.

The difference between RANK and DENSE_RANK functions: 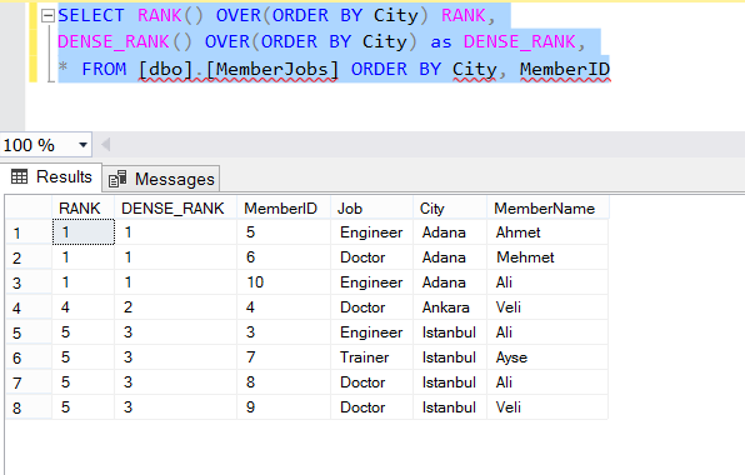 NTILE () will sort the dataset according to the columns specified by OVER and ORDER BY. And groups the records by the number specified in the parameter, and  gives each group a sequential number.

There are 8 records in our example, let’s try NTILE with different values. 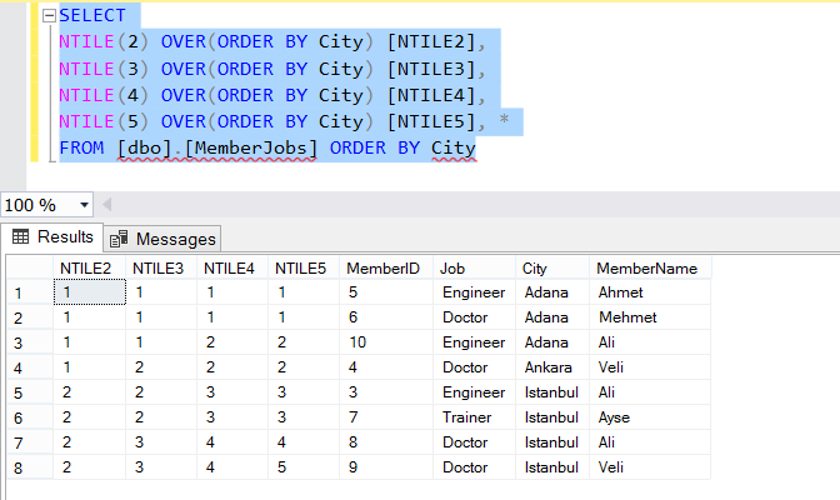