How To Find Most Expensive Queries in SQL Server

The query will return a result set as follows. 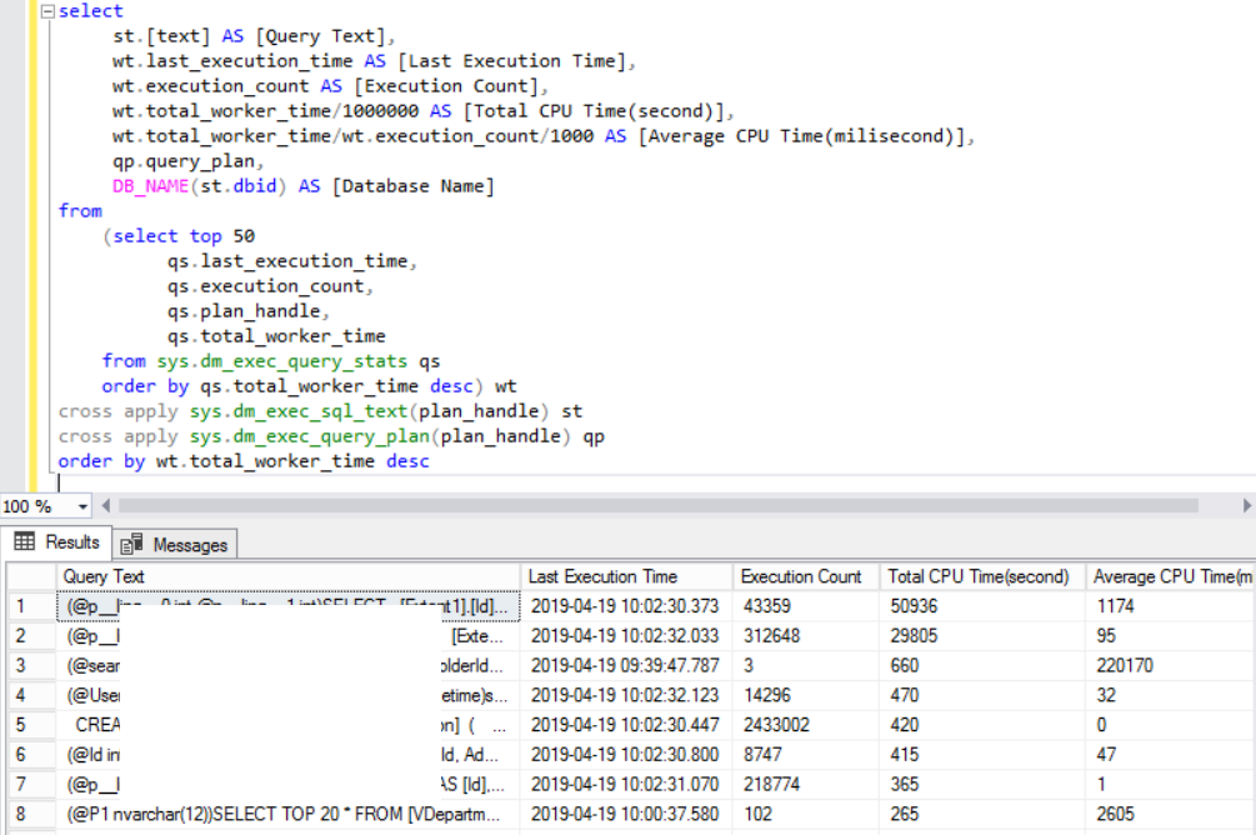 All of the values ​​returned as a result of this query are taken from the statistics collected from the moment the sql server service was last started. So if your SQL Server service has been restarted 1 minute ago, you cannot perform a very efficient analysis.

In the query section, shows the parameterized state of the query.

In the following query, you can find it sorted by total logical read. You can sort by another value.

You may want to read the following articles.

“How To Find Missing Indexes in SQL Server”

Previous ORA-27086: unable to lock file – already in use
Next How To Change the database id and database name in RAC Databases

Powered by WordPress | Designed by dbtut.com
© Copyright 2021, All Rights Reserved